HomeBusiness IntelligenceEconomicsGlobalLOCKDOWN’S IN EVERYWHERE, WILL WE GO TO GLOBAL UNCERTAINTY? By : Jelita Chantiqa

LOCKDOWN’S IN EVERYWHERE, WILL WE GO TO GLOBAL UNCERTAINTY? By : Jelita Chantiqa 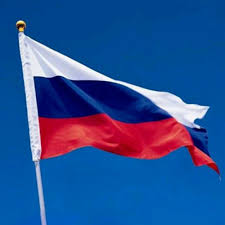 Manado-JI. 3.3 million unemployment claims were filed in the US — the highest number of initial jobless claims in history.Nearly a third of the world’s population are living under coronavirus-related restrictions. US Senate passed a $2 trillion economic relief package. It goes to the House next. NYC is the epicenter of the US outbreak. Known cases double every three days.
Previously, several countries such as Spain, Italy, Germany, France, United Kingdom, Saudi Arabia, Japan, Singapore, China, Australia, New Zealand, Malaysia, etc had taken lockdown policy to doom or to overcome the deadly viruses. Until now, several countries such as South Korea, Nothern Ireland and Indonesia do not want to lockdown nationwide and they will efforts through rapid test and several “others strategies”.
Since yesterday, Moscow was closed all restaurants, cafes, bars, shops and parks from March 28 until April 5 for the “stay-at-home holidays” announced by Russian President Vladimir Putin, the city’s mayor said in a statement.
Russia has seen its sharpest spike in numbers in the past 24 hours, adding 182 confirmed coronavirus cases, 136 of which are in Moscow. The total number of cases in the country now stands at 840, with three deaths, according to Russian health authorities. The Russian government has also moved to ban all regular and charter international flights starting from March 27, per government decree.
Meanwhile, the Indian government has announced a relief package worth $22.6 billion to assist those most affected by the coronavirus pandemic and the nationwide lockdown. The relief package includes medical insurance cover of $66,400 per person to those working on the frontlines, such as medical workers, sanitation workers and community health workers. This measure will cover around 2 million people.
The government will provide 800 million people — nearly two-thirds of the country’s population — with 5 kilograms of rice or wheat each month for the next three months for free. “We do not want anyone to go hungry,” Sitharaman said.
Other measures announced include fast-tracking subsidies and benefits for farmers, construction workers, widows and the disabled as well as increasing the minimum wage.
The 87 million farmers who currently receive $80 a year will be given the first instalment for the next financial year immediately, in the first week of April.
Workers under the Mahatma Gandhi National Rural Employment Guarantee Act (MGNREGA) — which guarantees 100 days of unskilled manual work per year — will have their wages increased by $26. Senior citizens, widows and the disabled will get a one-time $13 payment over the next three months in two instalments, benefiting 30 million people. The 200 million female Jan Dhan (government’s direct benefits transfer scheme) account-holders will get a one-time amount of $6.60 each per month for the next three months.
Women on the Ujjwala (government gas subsidy scheme) will be given free cylinders for three months. This will benefit 83 million families living below the poverty line.
Jordan on Wednesday eased one of the world’s strictest lockdowns over the coronavirus after it prompted chaotic scenes in the country. Days after a total curfew went into effect, people clamored to receive bread distributions from government trucks, the emergency hotline went offline after it apparently became overloaded with phone calls, and some reported they had nothing at home to eat.
But on Tuesday, the government backtracked, loosening restrictions on movement. After four days of total lockdown, people were allowed to leave their homes on foot for essential trips, such as purchasing food from small convenient stores and obtaining medicine. A curfew is still in place from 6 p.m. to 10 a.m.
However, Covid19’s saga is strategic surprises which everyone is not predict earlier, and those saga has shocked several countries either they are poor countries or rich countries and to overcome those “deadly viruses” lockdown policy is a good policy which need to try.
At least, if any country want to make decision related to lockdown policy. They must have and fullfil four conditions such as they must have enough cash flow money to give a relief package; their goods, food and fresh water must ready on enough stock during lockdown; their supply chain goods, food and fresh water must have smoothly done and last but not least citizen’s obey to all of government’s instructions to stay, to work and to pray at home must be perfectly done by them.
If United States as the main of global economic machine will harm through Covid19’s attacks and they are worrying those attacks can devastating their national economic, those facts is means all of countries around the world must be worried to because being admit or not, the gobal society will enter global uncertainty which can makes global unstable situations and global mass riots. We do not want it happens but we must prepare if its comes.
The writer is global and strategic issues observer. Living in Manado, North Sulawesi.